The summer in India was one with extremes. Rain, drought and pleasant weather alternated each other in some regions resulting in uncertainty for local communities. The stable factor of this summer was the rapprochement between the Netherlands and India resulting in a warmer relationship between the two nations. The highlight was of course the state visit of Prime Minister Modi to the Netherlands last June. This was a unique opportunity for the head of state to show the importance and potential of the Indian economy for Dutch firms.

India’s economic growth was 7% over 2016. A considerably higher percentage than China’s, which falls back to normal growth rates. Also, Brazil and Russia showed declines in growth rates making India the only BRIC country left to perform properly. According to the Director General from the Dutch department of Foreign Economic Affairs, M. Van den Berg, the Indian economy will be attractive due to its growing population and purchasing power. "India is becoming a booming economy, that is where you want to be", said Van den Berg. Every month a million Indians enter the labour market and the consumer spending is expected to be tripled in 2025 compared to now. These are just a few simple numbers determining India’s stable growth potential for the upcoming years. India will catch up China’s population in 2030 and is also expected to overtake China’s position as the number one economy by that time. In the past, the world always compared India with China. However, the largest democracy of the world stopped comparing itself to China on economic grounds and started believing in its own power. With this renewed self-confidence, Hindu nationalist Modi visited the Netherlands.

India is becoming a booming economy, that is where you want to be.

Dutch Prime Minister Rutte met Modi during his state visit to India in 2015 when Modi was just elected. The two leaders discussed the options for collaboration between the countries with the focus on agriculture and water-management, two topics the Netherlands is known to be exceptional skilful in. After two years, 95% of the plans have been put into practice. The Netherlands have become a preferred partner to help India with cleaning the holy, but heavily contaminated Ganges. A clean Ganges could save India $53.8 billion in health and other costs. Since Rutte’s visit, 40 new Dutch firms have become active in India, increasing the total to 200. These new market entries by mostly agriculture-related SME’s were accompanied by the expansion of already established Dutch firms like DSM, Shell, Unilever and Philips. Technological institute Deltares and engineering firm Arcadis were assigned to be part of the Ganges Action Plan and the Dutch government advises the Indian administration in the field of agriculture.

Modi made clear that Dutch pension funds may personally contact him to lower the barrier to make investments.

Next to the ceremonial reception, where a bicycle was given to Modi as a present by Rutte, the two held a meeting in cooperation with VNO-NCW which invited 14 CEO’s of Dutch firms. VNO-NCW is a NGO focused on providing an excellent and sustainable business climate on national and international level. Modi wanted to intensify the collaboration with Dutch firms. The focus lies at healthcare, agriculture and water management which made these the criteria to select the companies’ executives for the meeting. India has fallen behind in these sectors or the processes are simply inefficient. The Indian PM wants to take up these issues with the Netherlands. Arcadis, Philips, PGGM, RijkZwaan and Zeelandia were among the companies who were present and are candidates to improve for example the healthcare sector, boost clean industries and increase the food production. After, Modi insisted on making this meeting an annual affair. He also made clear that Dutch pension funds may personally contact him to lower the barrier to make investments in India simpler and more accessible.

Just a few days after the state visit, Van Oord made an official announcement. Van Oord is a leading Dutch international contractor specialized in dredging, marine engineering and offshore projects. It has won a three-year maintenance contract to keep the approach channel to the port of Kandla open. The port of Kandla is strategically located in the North-West of India. Van Oord will facilitate economic growth in the region by contributing to international and local trade made possible by the improved accessibility of the port. India wants to improve its accessibility over water by increasing the capacity of the outdated ports and by the deepening of old and the construction of new inland waterways. The government allows up to 100% Foreign Direct Investment (FDI) for companies in the maritime sector until 2020 and offers foreign companies a ‘tax holiday’ for 10 years which contribute to the maintenance and improvement of ports or firms established in these ports. In 2016, the FDI in India increased with 9% to $43.5 billion. The Netherlands’ share in FDI inflow is 6% and at the same level of the US’. 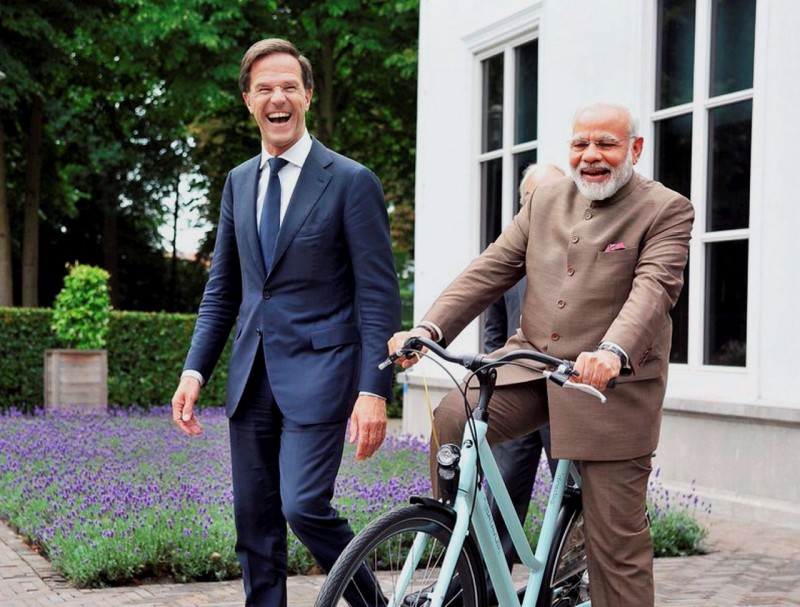 The Smart Cities Mission of India is a large project aimed to develop 100 citizen friendly and sustainable cities all over the country. The budget from the government to lead to these desired result is $22 billion. The Dutch government anticipated by organizing a trade mission with the focus ‘Smart Cities’ and by opening a consulate in India’s Silicon Valley: Bangalore. Simultaneously with the trade mission, it was announced that Royal Haskoning has been appointed to help make the Indian Kota, a city with one million inhabitants 500 km south of New Delhi, smart. Competition is fierce. ‘The Netherlands has a chance to win contracts if it aims at increasing the liveability in Indian cities’ said Van Noord, director of the European Business and Technology Centre (EBTC).

The events during this summer make clear that the Indian economy provides Dutch firms with lots of opportunities if they have the courage, patience, creativity, and most important ambition. These, together with proper preliminary research, make the difference between success and failure in India. The focus of India will shift from the US to Europe in the upcoming years as the strategy of the Trump Administration implies to protect their own markets. After the elections were won by Trump, the Netherlands India Chamber of Commerce and Trade (NICCT) saw an increase of 20% new members to 150. India is the fifth biggest investor in the Netherlands and 20% of Indian exports to Europe is via the Netherlands.

So yes, this Indian summer was flourishing for Dutch firms. Signs and growth rates were the reason for the Risk International Financial Program (IFP) to decide to choose India as their next research destination already in India. The IFP has helped Dutch companies since 2006 to explore opportunities in emerging markets, but will also provide you with useful insights about our project and India in a monthly update.

Written by our chairman Sven Hissink. 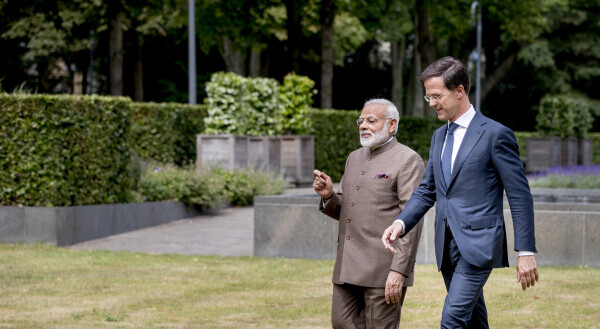